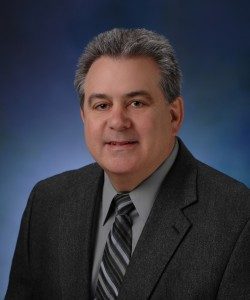 He went to the University of Illinois at Chicago and Oakton Community College to earn his Associates degree while working full time for the Cook County Forest Preserve.
After earning his Associates Degree he went on to pursue a degree in Automotive Technology at Lincoln Technical Institute. Upon receipt of his degree he was hired at a Cadillac/GMC dealership where he worked for twelve years as a Master Technician. While working Sam also served as the shop steward as he always seemed to be the one to help those at work in need. He was the voice and the one always defending the worker who was wronged. Sam was always there to make it right on behalf of the worker. He also served as the Vice-President on the Executive Board for IAM Mechanics’ Union Local 701.

In looking at the years past of recipients of the Italian American Executives of Transportation Person of the Year Award, he humbly accepts the prestigious honor for this year’s award. Sam feels this award comes with a tremendous amount of pride and is honored accepting this award. Sam is also a member of the IAET.