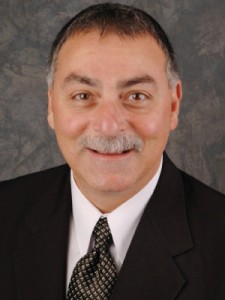 Upon receiving an Honorable Discharge as Sergeant, E-5, and a Commendation Medal for Meritorious Service in Vietnam from the United States Army in 1972, Richard pursued studies in Political Science and Government at Loyola University of Chicago, where he received a B.A.   In 1975, and ten years later, a Master’s Degree. Richard’s Juris Doctor Degree was received in 1978 from Washburn University School of Law, the oldest law school west of the Mississippi, located in Topeka, Kansas.

Today, the former Commissioner of Planning and Zoning (1992-1996) and Trustee (1997) of the Village of Indian Head Park holds the position of Mayor of the western suburb to which he was elected in 1999.

Most proudly, Richard and his wife of 24 years, Peggy, are raising four children; Michael (20), Danny (18), Joey (13) and Rachel (10). The Pellegrino Family are members of St. John of the Cross Parish where Richard serves as an Academic Enrichment Coach at the Parish School, while also serving as an Adjunct Instructor in Law and Latin at Nazareth Academy in La Grange Park, Illinois.