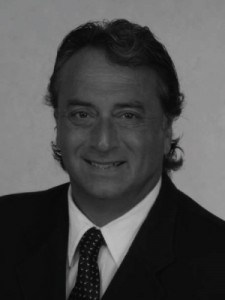 Mayor Salvatore 1. Accompany was born in Chicago, Illinois in 1953 and was raised on Christiana Avenue, near Chicago and Homan Avenues, He moved to Northlake in 1959, attended SI. John Vianny grammar school and Proviso West

High School In high school he began working for Henri Studio, Inc. the world’s largest manufacturer of concrete fountains and garden statuary, He worked for the Prosperi family at Henri for 35 years before the company was sold, He is currently employed as the Operations Manager by the Antoni Family of Falcon Precision Industries in Wauconda,

Mayor Saccomanno, along with his lovely wife Kimberly, has four children, Salvatore, Jr., Maggie, Dominic and Gabriela, as well as seven grandchildren, Mayor Saccomanno’s third generation Italian heritage can be traced back in Calabria and Sicily,

Sal began his public service career in 1999, as a Wauconda Park Commissioner. In 2003 he was elected Village Trustee and in 2005 he was elected Mayor of the Village of Wauconda, Mayor Saccamanno is Wauconda’s first Italian! American Mayor. He is also active in the Lions Club, Chamber of Commerce and on various Lake County and local committees, Sal was one of the organizers ofthe Guinness Book of World Records largest snowball fight held in Wauconda in 2005, He also has a great love for Wauconda and promotes the town wherever he goes, Bangs Lake is the jewel of the village and Sal has always shown a deep interest in its preservation, He also puts his monthly issue ofFra Noi in the village hall reception area for residents and guests to read all about the history and achievements of Italian! Americans,

Mayor Saccomanno is called the “Rock and Roll Mayor”, He plays bass guitar for the rock band Person to Person, You can check out their website at www.theP2Pband.com.

Public service also runs in Sal’s family, His father Gerald was an Alderman in Northlake for twelve years in the 1960’s and 1970’s, Mayor Saccomanno says he gets the most enjoyment as Mayor when he is able to personally help the residents of his town, He is credited with starting a village update e-mail program where residents sign up and e-mail updates are sent out on a regular basis, advising every one of issues that may be of concern to them, Sal gives everyone his e-mail address, cell and home phone number. He wants to stay in touch with his residents and is eager to assist them in any way possible,

And finally, Mayor Saccomanno was a member of the Italian American Executives of Transportation in the 1980’s and remembers Chris Mangialardi as an excellent leader.