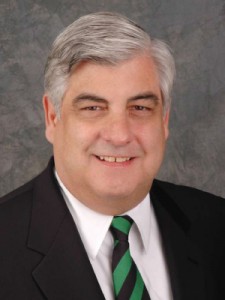 Mayor of the City of Elmhurst, Illinois

Mayor Thomas D. Marcucci is a lifetime resident of Elmhurst, Illinois. He is married 27 years to Mimi. The couple enjoys five daughters.

Mr. Marcucci is a relentless promoter of Elmhurst. During his Mayoral tenure, Mayor Marcucci helped develop the political consensus that lead to the passage of referendums providing for the complete reconstruction of York Community High School and a brand new Elmhurst Public Library at the north end of Wilder Park. He has overseen the revitalization of the Central Business District, increased infrastructure spending, settled a 31-year old dispute with the Illinois Department of Transportation that led to a rebuilding of North Avenue (a $13 million project) and resurrected the Commission on Youth. Mayor Marcucci is widely recognized as an advocate for business and is a sought-after speaker at economic development programs. He has recently spoken at meetings of The Urban Land Institute, The Metropolitan Planning Council, The East-West Corporate Corridor Association, the West Cook County Business Association, and the DuPage Mayors and Managers Conference. In addition, Mayor Marcucci serves as one of four Mayoral representatives from DuPage County on the Chicago Metropolitan Mayors Caucus.