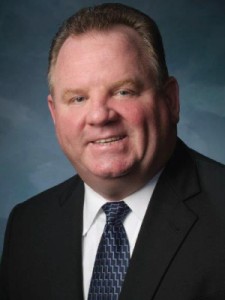 Terrence J. Hancock joined the ranks of Teamsters Local Union No. 731 in 1979 as a rank-and file semi-dump tractor/trailer chauffeur. In 1989, he was appointed as a Business Representative of Teamsters Local 731 and was later appointed Recording Secretary. In 1997 Terry rose to the position of Secretary-Treasurer.

Mr. Hancock serves as Co-Chairman on the Board of Trustees of the Illinois Teamsters/Employers Apprenticeship and Training Fund and has been appointed to the Executive Board of the Chicago Federation of Labor. He also serves as Trustee of the Italian American Labor Council as well as a Delegate of the Amalgamated Bank Labor Council Illinois/Metropolitan Chapter.

However, Terry’s proudest achievement is his position of President/Director of the “In Search of a Cure” Charitable Organization in honor of his beloved autistic son Bryan and on behalf of his entire family. A role that he humbly seeks no recognition.