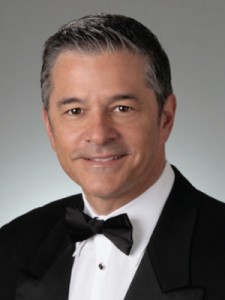 Louis is a senior partner at the GWC law firm; Chicago’s largest personal injury and workers’ compensation law firm. Growing up the son of an Italian immigrant who owned a union construction company in Northern Illinois, Louis acquired considerable experience and respect for the men and women working in the construction industry. His close family upbringing has played a significant role in developing Louis’ reputation as a compassionate, aggressive trial lawyer in representing severely injured individuals, and families suffering the loss of a loved one in wrongful death cases.

Louis graduated from Marquette University with a Business Degree and then received his law degree at Loyola University School of Law in Chicago in 1983.

Louis has earned the distinction of being honored with:
• Italian American Labor Council’s “Person of the Year”
• Leonardo da Vinci Award of Excellence in the Law by the Grand Lodge of the Order Sons of Italy; and
• The 2013 Italian American Executives of Transportation’s “Man of the Year” award.

Louis has consistently been honored with the distinction of being named to the Leading Lawyers Network and to the list of Illinois’ Super Lawyers. Louis has lectured extensively to attorneys through the Illinois Trial Lawyers Association and speaks regularly to building trades members concerning their legal rights. His experience as a personal injury trial lawyer includes numerous record-breaking verdicts and settlements for individuals who have suffered catastrophic injuries or death as a result of the negligence of others. His areas of expertise include construction litigation accidents, transportation catastrophes and all types of accident cases involving traumatic brain injuries and other forms of debilitating injuries and death.

Louis has always loved the challenge of taking on a difficult case, or trying a lawsuit in an area that tends to be a conservative venue. Routinely, defense attorneys and judges will say “This isn’t Cook County, counselor. You’ll never get that kind of money in this county.” These challenges have been overcome by Louis procuring numerous record verdicts and settlements throughout the state in counties deemed to be too conservative to get a 7-figure award for an injured person. In fact, a few years back, his law firm had more $1 million PLUS settlements outside of Cook County than any other law firm in Illinois; and Louis personally had more than any other lawyer in the state.

Maximizing the value of his clients’ cases has always been important to him. Louis has done so by fighting some of the biggest insurance companies, and most powerful contractors and corporations in the country on behalf of his clients. Louis prides himself, and his law firm, on being the champion for the little guy, representing the Davids against the Goliaths of the world.

In addition to his many accolades as one of the premier trial lawyers in Illinois, Louis also spends a considerable amount of time devoted to participating in fundraising events for numerous charitable causes. These include sponsoring and running an annual Illinois sporting clay event for The Shoot For a Cure organization which has raised over $1.5M for the Leukemia and Lymphoma Society; sitting on the Board of The Michael Matters Foundation which raises funds for Brain Cancer research; and being an active donor of the Bear Necessities Pediatric Cancer Foundation; as well as many other worthy causes.

When not practicing law or fundraising for charity, Louis spends his time with his wife and three adult children and participates in all types of upland game hunting and big game safaris throughout the world.