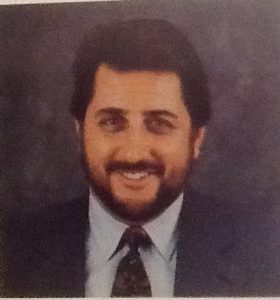 Frank, as a teen, spent his summers and most weekends working with his Grandfather (Frank Sr.), his father (Frank Jr), two uncles (Jim and John), and his brother Al in the family junk shop.   Frank Sr. came to this country from Calabria, Italy in 1904.

Frank began his full time employment with Cozzi Iron & Metal, Inc. in 1967 like all the Cozzi’s before him, driving a truck. At that time Cozzi Iron & Metal employed 12 people and operated a small fleet of trucks picking up scrap from demolition contractors, excavators, etc., and the company was just starting to handle industrial production scrap, and delivering to scrap processors around the city.

Frank grew with the company. In the early seventies he headed up the start of Cozzi’s first processing yard which has grown to be the top producing yard in the Midwest. At that time, he also took over the responsibility of a 10 truck fleet which has grown to 80 trucks working in Illinois, Michigan, Pennsylvania, and Wisconsin. Cozzi currently operates five processing yards in Chicago, one in East Chicago, three in Milwaukee, and one in Pittsburgh.   Cozzi currently employs 430 people, processing and transporting over 120,000 tons of steel and metal recyclables each month.

Frank also served as a director for several years including two terms as vice president of the Darien Youth Club (a youth athletic organization for kids ages 6-16 where he also coached for six years.

Frank resides in Burr Ridge, Illinois with his wife of 26 years, Josephine (former firefighter paramedic who is currently studying to be a Physician Assistant at Midwestern University). They have two children; Frank, 21, a Junior at Eastern Illinois University and Anthony, 19, a Sophmore at University of Wisconsin.