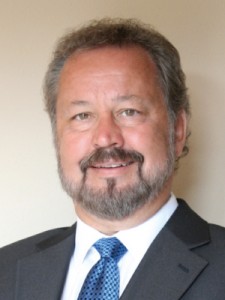 Dennis Fiedler, The eldest of 3 children, was born on January 14, 1958 to parents, Frederick & Stephanie Fiedler. Dennis spent his early years on the northwest side of Chicago living upstairs of his maternal grandparents in their two flat apartment building. A few years after the birth of his sister Susan, the family moved to Elmwood Park where his other sister, Linda, was born in 1967. Dennis’s parent’s strong work ethic rubbed off on him at an early age. He started working at the Chicago Archery Center at the age of 14 sweeping floors, instructing and selling archery equipment. Dennis attended Elmwood Park High School where he graduated in 1976. During his high school days in he worked at Conrad’s Floral Shop where he delivered flowers and eventually became a wedding photographer. After high school Dennis attended Triton College and took a part time job at Pioneer Screw & Nut. Enjoying the fast paced fastener manufacturing industry he decided to accept a full time position as an expediter. Dennis worked his way up the ladder holding many positions during his 8 years at Pioneer, and decided it was time to pursue his childhood dream of owning his own business. His Grandparents always told the story of how when Dennis was just 4 years old, he told them that when he grew up, he wanted to own his own business. That story came true when he opened Screws Industries in 1983. Celebrating 30 years in business this year, Screws Industries is still the cornerstone of a family of 5 fastener related manufacturing companies started by Dennis that now employ over 200 people.Dennis’s heart was opened to the world of special needs children when he invited his fastener industry friends, fellow humanitarian Rick Gunderson, Gary Pavlik and Bob Wegner, to come and spend Memorial Day weekend with their families at his new summer home in Wisconsin. Upon arriving, Dennis discovered that Gary had a 6 year old daughter, Jenny, who has Down’s Syndrome. This was his first up close encounter with a special needs child. Dennis immediately became “Uncle Dennis” to Jenny and they spent the weekend playing, swimming, dancing and laughing together. By the end of the weekend Jenny had stolen his heart forever! Dennis’s strong Catholic upbringing taught him that with success comes the responsibility of taking care of those who are less fortunate. He decided that weekend the plan for him would be to help take care of children and adults with special needs.The first step of Dennis’s path was The Midwest Council for Children with Disabilities (MCCD). With Rick Gunderson and a small group of friends MCCD was born at table 14 at Demarco’s Restaurant in Itasca. A lunchtime friend brought the sad news of his recently newborn twins being diagnosed with Cerebral Palsy and the prognosis was sad. Over the next several months the group found ways to help out with personal funding to defray the costs their friend was experiencing as he quickly maxed out his hospitalization cap. The group decided to have a Golf Outing fundraiser to help their friend explore new treatments and therapies to improve the quality of the twin’s lives. The first outing was a success and by the next year the growth of the outing allowed MCCD to offer support to another set of twins with CP. Sixteen years later MCCD has branches in Illinois Cleveland, Ohio and Elkhart Lake, Wisconsin and provides funding for over 125 children. The organization prides itself on the fact that 100% of all funds raised goes to provide a brighter future to children with special needs. MCCD is an all volunteer organization of which Dennis has been President of MCCD since its inception. In 2004, Dennis & Rick created The Midwest Center for Children’s Development to offer Hippotherapy (Therapy on Horseback) for the growing number of special needs children seeking this unique therapy. Together they took a 17 acre farm in Crystal Lake Illinois and created a truly magical place offering Physical, Occupational and Speech therapies as well as Therapeutic Horseback Riding. The facility is constantly growing and improving and is providing nearly 200 therapy sessions a week for special needs children.

Being a strong believer in Hippotherapy, Dennis is also a current board member of Horsefeathers Therapeutic Riding, NFP in Lake Forest, IL.Seeing a need for housing for Special needs adults, Dennis went through an extensive training program with friend Gary at Center for Independent Futures-Evanston. In 2003 together with Jenny’s Dad they founded Center for Independent Futures-Schaumburg. In 2005 Dennis and Gary, along with a group of private investors, purchased an apartment building in Palatine, IL. The building was renovated for the specific purpose of offering affordable housing to adults with special needs. The project has been continued to operate successfully for over seven years. In 2005 Dennis joined the board of Resources for Community Living, a charitable organization that provides life skills coaching for special needs adults to live independently. Some of the residents of CIF Schaumburg benefit from their services. Dennis is currently serving as President of the Board of RCL for the past 2 years.Dennis would like thank all of his fellow IAET members especially his sponsor, Jim DeLuca, for awarding him the honor of this year’s Humanitarian of the Year along, with his friend and fellow board member, Rick Gunderson.