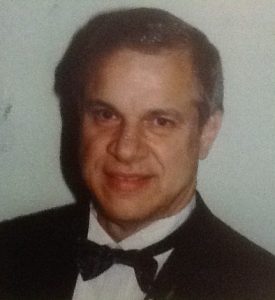 William Pacella, Founder and president of Pacella Trucking Express, started the business with almost nothing and built it up into a thriving family enterprise. The transportation industry and the community have greatly benefited from Mr. Pacella’s dedication and achievements through the years.

Bill was always involved in the trucking industry. In 1962, he started working with Republic Carloading moving through all phases of their operations. Later, Bill worked as a supervisor in the billing and rating department operating a large room-filled mainframe. In an effort to learn as much as possible, he handled their boxcar ratings for various states and then as a coordinator for all of Republic’s east to west traffic.   Bill realized the hard work was about to pay off.

In 1981 he founded Pacella Trucking Express with only two old tractors, a small garage and lots of aspiration.   This Tireless effort has built a large fleet with a workforce nearing 300 drivers.   With a reputation of reliability, Pacella Trucking has established itself as the largest intermodal trucking company in North America. Bill recognizes that it is his dedicated employees that deliver the quality service and on-time performance necessary to succeed in a very competitive industry.

After nearly two decades building a leader in intermodal trucking, Mr. Pacella is respected by his peers for not only his accomplishments, but in the manner he has achieved them. People in his organization excel because they adopt values most important to him. In his leadership role, he emphasizes self-pride and loyalty in anything he does.

As Bill searches for new challenges, his sons Anthony and Michael have taken more active roles in maintaining a successful family business. Whether pursuing real estate ventures or owning thoroughbreds, Bill has always achieved remarkable success.   He believes he must search for new opportunities so that he may constantly take on new challenges.

In addition to their two sons, Bill and his wife, Rosemary, are the proud grandparents of granddaughter Emily.

Bill expresses his appreciation for those of you here this evening in honoring him as your Man of the Year, 1998.” He is deeply touched by those friends, companies and individuals listed in the Ad-Book for their generosity.