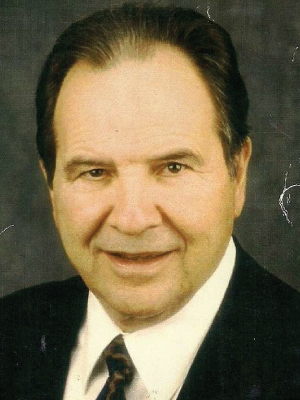 William J. Parrillo was born in Oak Park, Illinois in 1928. After graduating from St. Ignatius High School, he attended Loyola University in Chicago. In 1950, he graduated with a bachelor’s degree in Business. He then enlisted in the United States Army from 1951 to 1953. He was honorably discharged in 1953, having achieved the rank of sergeant.

Bill and his wife have done extensive charity work. “The future of America is dependent on the education of our youth, and the Italian American Executives of Transportation Club fits in perfectly with our ideals. The education of young Italian Americans who otherwise would not be able to afford college will help make our country great, and will make people of all nationalities proud of the accomplishments of Italian Americans”, claims Bill.

The Italian American Executives of Transportation is proud to honor Mr. William Parrillo as our Man of the Year, 1999.