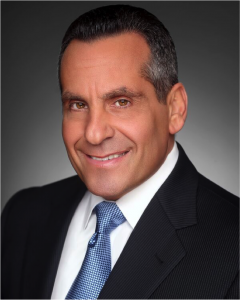 In 1998 Dominic was appointed a Business Representative for Teamsters Local 330, and in less than two years, he was appointed to the position of Recording Secretary. In December of 1999 he was elected to the position of Secretary-Treasurer. In 2004 Dominic was elected President and Principal Officer of Local 330. He has been re-elected by the rank and file membership and is currently serving his 4th consecutive term as President and Principal Officer, a position that he cherishes.

As President of Local 330, Dominic serves as the Chief Executive Officer of the organization that represents over 2000 members working in virtually every industry including: Public Employee, Construction, Ready Mix, Warehouse, Beverage, School Bus, Waste and other industries. Dominic is in charge of all major negotiations and the administration of the Local Union as a whole.

In addition to serving his membership as President of Local 330, Dominic maintains an expanded role as a Union leader and fighter for working families. In 2004 he was appointed as a Trustee on the Board of the Suburban Teamsters of Northern Illinois Health, Welfare and Pension Funds. In 2009 Dominic rose to the position of Union Co-Chairman where he remains. The Suburban Teamster Fund(s) provide Insurance and Pension benefits to over 10,000 active and retired participants. In 2012 Dominic was appointed Chairman of the Teamsters Volunteers in Politics (TVIP) Board which is the political branch of Teamsters Joint Council 25. Dominic also serves as a Trustee on the Board of the Illinois Teamsters/Employers Apprenticeship and Training Fund. Dominic serves as the Union Co-Chairman of the Northern Illinois Ready Mix and Material Association (NIRMMA) Grievance Committee and has served as a Director on the Italian American Labor Council since 2003.

Dominic believes in hard work and determination and fights tirelessly for worker’s rights. He attributes his strong work ethic to his mother who was born in Naples Italy and migrated to Chicago where she raised four children in the old “Chicago Avenue” neighborhood located on Chicago’s West Side where he grew up and lived until 1979. Dominic’s greatest role model and inspiration will always be his mother Mary. He adores his loving family and his greatest pride is his beautiful daughter Isabella.

The IAET is also very proud to have Dominic as our 2017 Man of the Year and also as an active member.