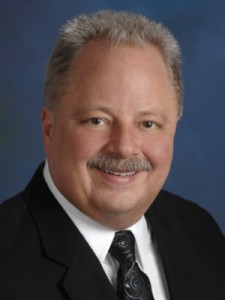 Rick Gunderson, President of Gateway Screw & Rivet Inc, is the eldest of two sons born to Richard and Joyce Gunderson on December 3rd 1958. Rick spent most of his childhood growing up in suburban Mt Prospect where he got his first taste of humanitarian work at an early age. His Father “Dick” had a very close relationship to Maryville Academy and took in residents there for holiday meals and weekly outings to ball games, carnivals and stock car racing at the old Santa Fe Speedway. There always was an extra place or two at their house for someone who was less fortunate. After a split in his parent’s marriage Rick, His Mother and Brother moved to Park Ridge to live with his grandparents. He attended Maine South High School and graduated in 1978. During his sophomore year of high school Rick experienced the sudden lost his grandfather, Harold, the founder of Gateway Screw & Rivet. With Grandmother and Mother having no business experience, Rick was put in the work program at school and at age 16 was put at the helm of the family business. He still sits there some 38 years later and working with Brother Randy they will celebrate Gateway’s 60th anniversary in February. In 1982 Rick met the love of his life, Sarah, and next June will celebrate 30 years of marriage. A daughter, Lindsay, blessed them in 1990 and still remains “Daddy’s little girl”.

The Midwest Council for Children with Disabilities (MCCD) has been a passion of Rick’s since it was founded. With Dennis Fiedler and a small group of friends MCCD was born at table 14 at Demarco’s Restaurant in Itasca. A lunchtime friend brought the sad news of his recently newborn twins being diagnosed with Cerebral Palsy and the prognosis was sad. Over the next several months the group found ways to help out with personal funding to defray the costs their friend was experiencing as he quickly maxed out his hospitalization cap. The group decided to have a Golf Outing fundraiser to help their friend explore new treatments and therapies to

improve the quality of the twin’s lives. The first outing was a success and by the next year the growth of the outing allowed MCCD to offer support to another set of twins with CP. Sixteen years later MCCD has branches in Cleveland, Ohio and Elkhart Lake, Wisconsin and provides funding for over 125 children. .The organization prides itself on the fact that 100% of all funds raised goes to provide a brighter future to children with special needs. MCCD is an all volunteer organization of which Rick has been the Board Secretary since its inception.

Together, Dennis & Rick created The Midwest Center for Children’s Development in 2004 to offer Hippotherapy (Therapy on Horseback) for the growing number of special needs children seeking this radical therapy. Together they took a 17 acre farm in Crystal Lake Illinois and created a truly magical place offering Physical, Occupational and Speech therapies as wall as Therapeutic Horseback Riding. The facility is constantly growing and improving and is providing nearly 200 therapy sessions a week for special needs children. Being a strong believer in Hippotherapy, Rick is a current board member of Horsefeathers Therapeutic Riding, NFP and is a past board member of Equestrian Connection NFP.

Rick currently lives in Bloomingdale with wife Sarah. Rick is an active member of the IAET and a regular contributor to their charity efforts. Rick is humbled by this award and would like to thank the IAET for this honor with a special note of thanks to his IAET sponsor and 2008 IAET Humanitarian, Jim DeLuca, who taught him that “Its not me, its we who make things happen together”.