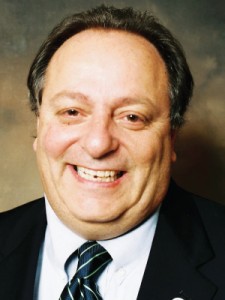 Anthony was born in Des Moines, Iowa, to John and Josephine Baratta. He attended both grammar school and high school in Des Moines, Iowa. Anthony received an Associates Degree in Business Administration from Miami-Dade and a Bachelor’s of Arts Degree in Journalism from Drake University. He was director of Operations for 13 years at Baskin Clothing Co., and has served as a Cook County Sheriff for 18 years with a current rank of Sergeant.

As President of the Illinois Grand Lodge, Anthony oversaw the Grand Lodge’s annual Columbus Day Scholarship and Humanitarian Banquet as well as the Leonardo ad Vinci Awards of Excellence Gala. In addition to those he led the City of Chicago’s Columbus Day wreath-laying ceremony.

The Order Sons of Italy in America recently elected Anthony as National President of the Commission for Social Justice, the anti-defamation arm of OSIA.

Anthony is also a proud member of the Italian American Executives of Transportation.