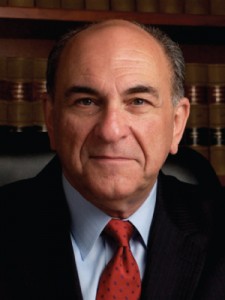 Since he was first appointed to the Illinois House of Representatives in 1987, Lou has established himself as one of the Legislature’s most outspoken and prolific members, and a leader on issues critical to the people of Illinois.

Serving the 16th House District of Illinois (including Skokie, Lincolnwood, Morton Grove and most of the 50th Wards in the City of Chicago), Lang has made his mark fighting for seniors, women, working families and the educational priorities of our state. He led the effort to end senior abuse in nursing homes, increase funding for the state’s “Meals-on-Wheels” program and make relief from the high cost of prescription drugs a reality for seniors. Lou is the acknowledged leader in Illinois for mental health reform. He has been a staunch defender of a woman’s right to make reproductive choices and is currently the lead sponsor in the House to officially ratify the Equal Rights Amendment in Illinois. He also has a very strong record on economic development issues, chairing the Illinois House Gaming Committee and being a lead sponsor on bills designed to create tax credits for film productions in Illinois.

Lang has stood by the working families of Illinois by supporting increases in the minimum wage, working to expand family and medical leave, and opposing Republican efforts to weaken worker compensation laws.

He has made education reform the hallmark of his legislative efforts – leading the drive to solve the state’s school funding problems and sponsoring a new campaign that would provide full college scholarships to students with a B average or better who attend state universities and community colleges.

Lou was the sponsor of the 7% cap on the taxable portion of property tax assessment increases. This measure saved Cook County residential taxpayers thousands of dollars.  It is because of his outstanding leadership in these and other areas that Lou Lang has won the admiration and respect of his peers in the Legislature and his constituents back home. His record in Springfield has made him a rising star within the Democratic Party and helped propel him to House Democratic Floor Leader in 1993, Assistant Majority Leader in 1997, and Deputy Majority Leader in 2009.

In March, 2006, Lou was elected Democratic Committeeman of Niles Township, a post which has worked to make him a strong voice on political, as well as public policy issues.

Over the years, Lou has received awards and recognition from many prestigious organizations across the state. He was named “Legislator of the Year” by the Illinois Hospital Association, the Illinois Council on Senior Citizens, the Service Employees Union, the Illinois Public Action Council, the Independent Voters of Illinois and the National Alliance for the Mentally Ill, among many others. He received the “Food for Life” award from Open Hand Chicago for his sponsorship of $1 million in state grants for HIV/AIDS nutrition programs and the Public Service Award from the Labor Council for Latin American Advancement, and has been made the first life member of the Illinois Democratic Women and the Indo-American Democratic Organization.

Although the 16th House District is among the state’s most diverse (it has the largest Jewish and senior populations in the state, as well as the largest Asian-American population), voters here have been unified in their support for Rep. Lang over the years. In four of the last six elections Lang has faced no Republican opposition in the general election.

A lifelong resident of Illinois, Lou obtained his B.A. in Political Science at the University of Illinois and his degree in law from DePaul University. He is “of counsel” to the law firm of Odelson & Sterk. Currently he resides in Skokie with his wife Teri. They have five children, and two grandchildren.

The IAET is proud to bestow a Special Recognition Award for Lou’s many years of public service.